Founded in October 1952, Beihang University is the first institution of higher education in aeronautics and astronautics established after the founding of the People’s Republic of China. Currently, it has developed into a comprehensive research university covering engineering, natural sciences, humanities and social sciences, encompassing three campuses with over 30,000 full-time students and nearly 4,000 faculty and staff members.

Since its founding, the university has consistently ranked among China’s key academic institutions. Its aspirations, history, and development are closely aligned with China’s growth, rejuvenation, and social progress. Building upon its contributions to Chinese society, the university is forging a path toward world-class status based on its unique characteristics. In 2016, its grand vision of “building a world-class university rooted in China”was put forward. In 2017, it was chosen to participate in the Double First-Class plan, which includes major support from the Chinese Ministry of Education and other government departments to build a world-class university with world-class disciplines.

Beihang University prioritizes the cultivation of exceptional students, adhering to the ideology of “nurturing top students into first-class talents”and the ideal of being “student-oriented, knowledge-based, integrated, innovative, and open”. Through its two-pronged approach of building both knowledge and technical competency, it has equipped China’s aerospace industry and national infrastructure with leaders and innovators who have spread the “Beihang spirit”around the world.

Beihang University has been working unceasingly to invigorate its world-class faculty,  who have distinguished academic backgrounds from internationally renowned universities. Beihang University remains committed to establishing a solid scientific foundation and enhancing innovative capacity. The university consistently generates academic discoveries that advance many disciplines, making an average of at least one significant scientific finding every one to two months. In recent years, Beihang has been highlighting the leading role that senior faculty play in leading cross-disciplinary international research and supporting international researchers driven to address the most intractable scientific issues on the platform offered by the International Research Institute for Multidisciplinary Science.

Beihang University prides itself on its students, faculty and staff who are passionate, motivated and responsible. It is a campus where Chinese culture meets the West, science is interwoven with art, history and innovation coexist, and enthusiasm and inspiration work synergistically to spark creativity. At Beihang, dreams bloom at every stage, and important destinations can be reached from every path. This vibrant national key university continues to forge a path unceasingly toward its goal of achieving a world-class standard in education and research, while remaining deeply connected to its domestic roots. 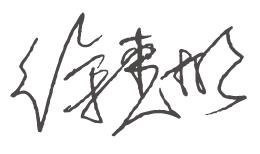